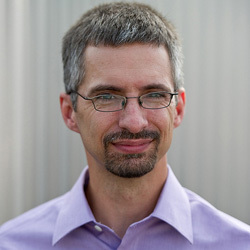 Howk’s research interests lie in understanding the gaseous phase of the universe.  He and his group are especially interested in understanding the exchange of gas between galaxies as they evolve.  He is also interested in using astrophysical spectroscopy to constrain fundamental physics, including the production of the lightest elements during the big bang.  His group uses a range of observatories to pursue these goals, including the Hubble Space Telescope, the European Southern Observatory’s Very Large Telescope, and Notre Dame’s own Large Binocular Telescope, for which Howk serves on the Science & Technology Committee.

Originally published by Shelly Goethals at physics.nd.edu on March 05, 2013.