Amanda Hummon, the Husking Foundation, Inc. Associate Professor of Chemistry and Biochemistry, has received a 2016 Rising Star Award from the American Chemical Society’s Women Chemist Committee. Hummon will accept the award at the national American Chemical Society (ACS) meeting in San Diego in March. The Rising Star Award recognizes up to ten outstanding women scientists approaching mid-level careers who have demonstrated outstanding promise for contributions to their respective fields. 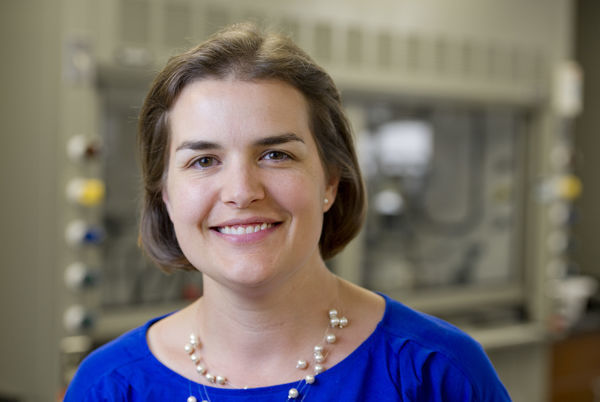 Hummon, who came to Notre Dame in 2009 from National Cancer Institute, focuses her research on proteomics, mass spectrometry and the molecular changes that underlie the development and progression of colorectal cancer. For the award, she wrote about her lab’s work with three-dimensional cell culture as a rapid and inexpensive way to evaluate new drugs. Hummon’s lab was also the first to demonstrate that the synergistic effects of clustered microRNAs are substantially different than the standard reductionist practice of examining them singly.

At the ACS spring national meeting, Hummon and the four other Rising Star winners will give talks on their research and their careers, including a panel to discuss work-life balance for younger women in science. Hummon was nominated by Mary Prorok, assistant chair of the Department of Chemistry and Biochemistry, and also received endorsement letters from three other leading U.S. chemists.