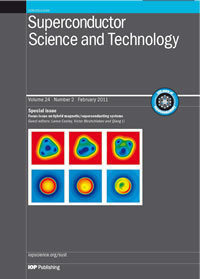 A paper on fluorescence imaging titled, "Understanding fluorescence blinking is the first path to an imaging solution," by Boldizsar Janko’s theory group in the Department of Physics and Ken Kuno’s experimentalist group in the Department of Chemistry and Biochemistry is the cover story of Laser Focus World. Another article, "Vortex manipulation in superconducting films with tunable magnetic topology," by Janko with Belgian colleagues M.V. Milo?evi? and F.M. Peeters, is the cover story of Superconductor Science and Technology.

The feature article in Laser World Focus presents recent research on fluorescence imaging. It involves studying the experimental and theoretical successes that have recently begun to unravel the origin of blinking in single fluorophores such as colloidal QDs with an aim toward developing experimental techniques that can minimize this imaging obstacle. Understanding the microscopic origin of fluorescence blinking in quantum emitters such as quantum dots, rods, and wires is crucial in designing novel structures that show a substantial suppression of this blinking for improved imaging capabilities. 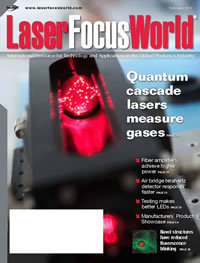 The research on superconducting involves studying properties of a superconducting film with an array of soft magnetic dots on top. An external in-plane magnetic field gradually drives the magnets from an out-of-plane or magnetic vortex state to an in-plane single-domain state, which changes spatially the distribution of the superconducting condensate. If induced by the magnets, the vortex-antivortex molecules exhibit rich transitions as a function of the applied in-plane field. At the same time, the magnetic dots act as effective dynamic pinning centers for vortices in an applied perpendicular magnetic field. These structures will form the basis of novel superconductor-ferromagnet hybrid electronic devices.