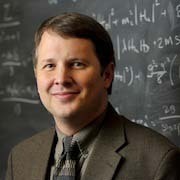 Christopher Kolda, associate professor of physics, has just received a new, 3-year NSF award in support of his research in theoretical high energy physics (HEP). Kolda has been funded to study the physics of electroweak symmetry breaking using forthcoming results from the Large Hadron Collider, specifically the twin theoretical ideas of the Higgs mechanism and supersymmetry. By examining extensions of the Higgs sector, he and his students will be working to test, and distinguish among, the minimal models of supersymmetry.

One such class of tests involves the violation of lepton flavor in supersymmetric Higgs boson interactions, a phenomenon he predicted in 2002 and is deeply connected to the ongoing efforts to study neutrino masses and mixings. Another class of tests involves connections among the physics of the Higgs boson, supersymmetry and the astrophysical problems of dark matter and the baryon asymmetry of the universe. In studying these issues, Kolda is seeking to answer fundamental questions about matter at the smallest, and the largest scales, questions such as “What is the source of neutrino masses?” and “How can we find dark matter and test its properties at the Large Hadron Collider?”

Simultaneously, this project includes continued outreach to the Notre Dame academic community through new and innovative courses in modern physics for non-science majors, work on improving academic advising throughout the university, and programs designed to increase the number of Notre Dame students pursuing graduate studies in science, technology, engineering and mathematics. 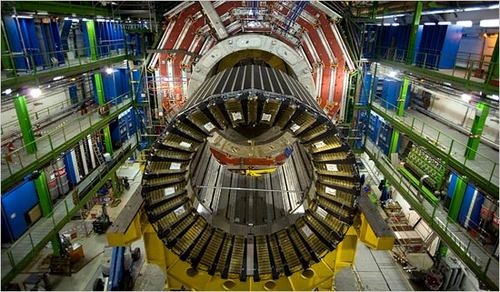