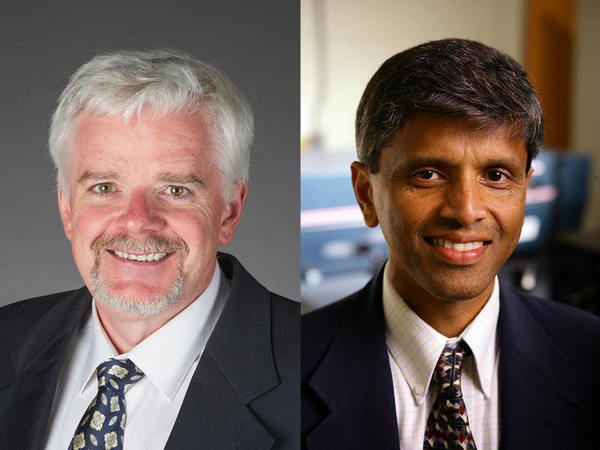 Two faculty members from the University of Notre Dame have been named to the Clarivate Analytics’ 2018 Highly Cited Researchers list. Clarivate’s list recognizes world-class researchers selected for their exceptional research performance, which is demonstrated by the production of multiple highly cited papers that rank in the top one percent by citations for field and year in Web of Science.

Martin Haenggi, Frank M. Freimann Chair Professor of Electrical Engineering, concurrent professor of applied and computational mathematics and statistics, and affiliated member of the Wireless Institute, was ranked among the highly cited scholars for computer science. He directs the Emerging Wireless Architectures Laboratory, and he recently completed his term as editor-in-chief of the Institute of Electrical and Electronics Engineers’ Transactions on Wireless Communications. Haenggi’s research interests include wireless communications and networking, with an emphasis on cellular, ad hoc, vehicular, cognitive, and sensor networks.

Haenggi, who was also named to Clarivate’s 2017 Highly Cited Researchers list, said, “It’s always rewarding to have your research recognized, but knowing that your peers in the research community are also utilizing it is an honor. My goal is to continue to impact the fields of wireless communication and networking through my ongoing and forthcoming research projects.”

Prashant V. Kamat, Rev. John A. Zahm Professor of Science in the Department of Chemistry & Biochemistry and Radiation Laboratory, concurrent professor of chemical and biomolecular engineering, and affiliated member of ND Energy, was categorized as a highly cited researcher in chemistry. Kamat is currently serving as the inaugural editor-in-chief of ACS Energy Letters, a peer-reviewed journal from the American Chemical Society (ACS), and is a leader in the field of converting solar energy to electricity and chemical energy. His research interests include nanotechnology and materials chemistry, solar energy conversion, chemical processes in heterogeneous media, and solar fuels.

“It as honor to be acknowledged for my work in the field of chemistry,” said Kamat, who has been named to the list the past four years. “This accomplishment would not be possible without the teamwork of the undergraduate and graduate students as well as postdoctoral scholars who have worked in my lab and contributed to my research over the years.”

To find more information about the Clarivate Analytics’ 2018 Highly Cited Researchers list and how it is compiled, please visit https://hcr.clarivate.com/.

Originally published by Brandi Klingerman at research.nd.edu on February 04, 2019.