The National Science Foundation (NSF) has recognized 10 University of Notre Dame faculty members, including five from the College of Science, for their excellence in research with Early Career Development (CAREER) Awards. Over the past five years, Notre Dame has received 35 of these awards, with this year being one of the most successful on record.

Speaking about the awards, Vice President for Research Robert J. Bernhard said, “We are very proud of our faculty members’ successes in the NSF CAREER award competition, which recognizes the very best early career educators and researchers nationally. Their success is reflective of their outstanding creativity and hard work. It is also a credit to the colleges and departments for their ability to recruit and mentor these talented faculty. This all bodes very well for the future of science, engineering, social sciences and other fields here at Notre Dame.”

The CAREER Awardees, who come from the College of Science are as follows: 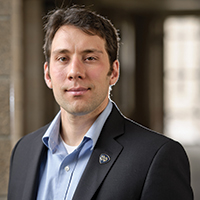 Justin R. Crepp, the Freimann Assistant Professor of Physics and director of the Engineering and Design Core Facility, received a CAREER Award for “A Diffraction-limited Spectrometer for the Large Binocular Telescope.” The goal of the project is to build a new astronomical tool for the Large Binocular Telescope in Arizona that will use hardware that corrects for atmospheric turbulence. By creating clear images that enable measurements at a much higher resolution, the instrument will permit the detection of Earth-like planets orbiting other stars. Crepp joined the faculty in 2012. 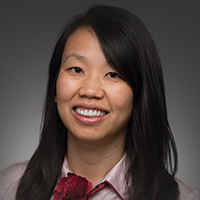 Lizhen Lin, assistant professor of applied and computational mathematics and statistics, received her CAREER Award for a project titled, “Geometry and Statistics: Utilizing Geometry for Statistical Learning and Inference.” The goal of Lin’s work is to study the fundamental role of geometry in statistics and utilize it for learning and inference. Lin became a member of the faculty in 2016. 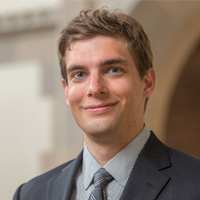 Robert Rosenbaum, assistant professor of applied and computational mathematics and statistics, received his CAREER Award for a project titled, “Form and Function in Cortical Neuronal Networks.” The goal of his research is to develop novel computational models and mathematical analyses to understand the relationship between the connectivity structure and activity structure in networks of neurons in the brain and how it gives rise to cognitive functions like sensory processing and motor learning. Rosenbaum joined Notre Dame in 2014. 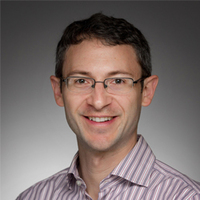 David Medvigy, associate professor of biological sciences, received his CAREER Award while at Princeton University for research on the “Impacts of Amazon Deforestation on Earth’s Climate, Water, and Ecosystems: The Ebb of the Green Ocean.” Medvigy joined Notre Dame in 2016, and will continue this research with an objective of understanding and quantifying the impacts of contemporary deforestation and projected future deforestation on climate, hydrology and terrestrial ecosystems. 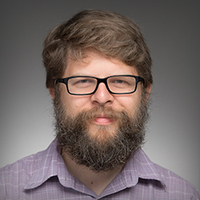 Andrew Putman, professor of mathematics, received a CAREER Award while at Rice University for “The Topology of Infinite Groups.” Putman also joined the Notre Dame faculty in 2016 and has the goal of using representation theory to study the stable cohomology – or a sequence of abelian groups associated to a topological space – of these groups and their subgroups.

CAREER Awardees from the Colleges of Arts and Letters and Engineering are as follows:

Kyle J. Bibby, Wanzek Collegiate Chair and Associate Professor of Civil & Environmental Engineering & Earth Sciences, received his CAREER Award for his project titled, “Quantitative Viral Metagenomics for Water Quality Assessment. The goal of this work is to monitor the viral or virus-related quality of water by sequencing viral DNA/RNA in order. This will not only help advance water quality monitoring, but also support the detection of viral pathogens in other settings. Bibby joined the University’s faculty in 2017.

Robert Vargas, assistant professor of sociology, received his CAREER Award for a project titled, “The Evolution of Homicide Hotspots Over the 20th Century: A Three City Study.” To complete the project, Vargas will digitize and geocode homicide data from over a century in order to create new measurements to describe the geographic and temporal dynamics of homicide. Vargas joined the faculty in 2016.

Na Wei, assistant professor of civil and environmental engineering and earth sciences, received a CAREER Award for a project titled, “Renewable Biocatalysts for Degradation of Persistent Organic Contaminants Using Synthetic Biology.” The goal of the research is to enable the development of more effective tools to implement biocatalysis using synthetic biology for addressing pressing water sustainability challenges. Wei joined the faculty in 2015.

Tim Weninger, assistant professor of computer science and engineering, received his CAREER Award for a project titled, “Principled Structure Discovery for Network Analysis.” The aim of this research is to develop and evaluate techniques that learn the building blocks of real-world networks that describe the interactions expressed by a network. Weninger joined Notre Dame in 2013.

Yanliang Zhang, assistant professor of aerospace and mechanical engineering, received his CAREER Award for “Printing and Interface Engineering of Colloidal Nanocrystals for Flexible Thermoelectrics and Electronics.” The goal of the research is to develop innovative and high scalable additive printing methods to transform semiconductor nanocrystals of unique properties into flexible thermoelectric and electronic devices with unprecedented performances. Zhang became a member of the faculty in 2017.

Pinar Zorlutuna, assistant professor of aerospace and mechanical engineering, received her CAREER Award for a project titled, “Tissue-engineering an Aging Heart: The Effect of Aged Cell Microenvironment in Myocardial Infarction.” The main objective of her research is to better understand the cardiovascular disease progression in older tissue in order to find ways to decrease age-related cardiovascular conditions. Zorlutuna became a member of the faculty in 2014.

The CAREER program, which was established by the NSF in 1995, recognizes and supports outstanding early career faculty who exhibit a commitment to stimulating research while also providing educational opportunities for students. It is the NSF’s most prestigious award available to early career faculty. To learn about the University’s previous CAREER Awardees, visit /our-services/funding-opportunities/faculty/early-career-programs/nsf—-career-award/.

Originally published by Brandi Klingerman at news.nd.edu on May 17, 2017.