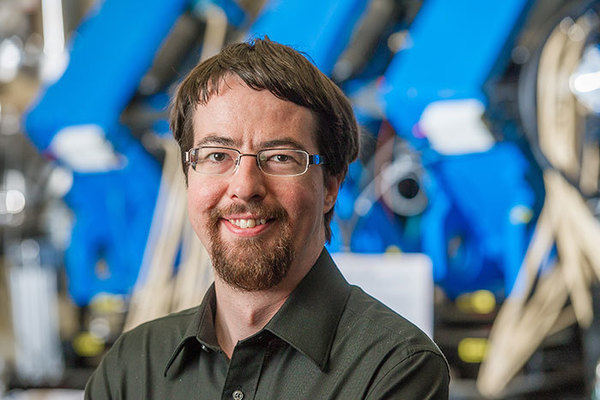 Physicist Maxime Brodeur received a Major Research Instrumentation (MRI) grant from the National Science Foundation to conduct research on the Standard Model of physics at the University of Notre Dame’s Nuclear Science Laboratory.

With the $530,000 grant, Brodeur, the Ortenzio Family Assistant Professor in Applied Medical and Nuclear Physics, will develop an ion trapping apparatus, called the NSLtrap. The NSLtrap will hold radioactive nuclei unimpeded in free space, allowing Brodeur to perform delicate measurements. “The research done with this instrument will raise the possibility of discovering physics beyond the Standard Model,” Brodeur said.

The Standard Model is a cornerstone theory that governs the interactions between the universe’s basic building blocks known as fundamental particles. Brodeur’s research seeks to test the Standard Model by looking for minute deviations in the energy spectra of the particles emitted during the radioactive decay of certain nuclides. So far, the Standard Model has been very successful, especially since the discovery of the Higgs boson. “However it fails to reproduce many unexplained features of our visible universe, which currently prompts several different searches at the energy, intensity, and precision frontiers,” Brodeur said.

Brodeur’s NSF-funded project will be ongoing over the next three years.