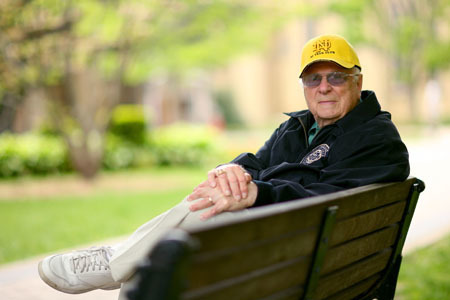 Emil T. Hofman, emeritus professor of chemistry and biochemistry, who passed away on July 11 at age 94, was a legendary chemistry professor who taught more than 60 percent of each freshman class for four decades. His more than 32,000 former students include both of Notre Dame’s Nobel Prize winners, Notre Dame President Emeritus Monk Malloy, and more than 8,000 doctors. In retirement, Professor Hofman was still a fixture on campus, welcoming passersby to join him on a bench outside the Main Building. 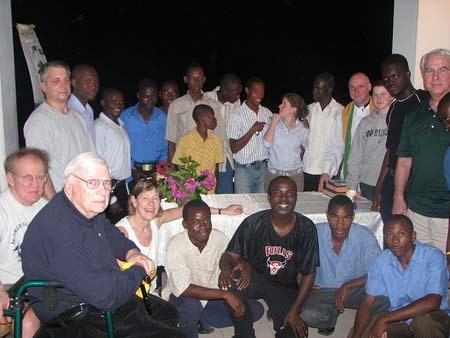 For more than a decade, Professor Hofman dedicated himself to helping people in Haiti. He led more than a dozen “Hofman Reconnaissance Trips” to the island, mostly with his students from decades ago who have become medical school professors, surgeons, emergency room physicians, anesthesiologists, pediatricians, urologists, research biologists, and chemistry teachers, all of them still “my freshman” to the professor. He was responsible for others'  countless gifts of time, service, and financial resources for the program--gifts which continue today.  Even in the last months of his life, he expressed to the University's Haiti Program leadership his desire to find a way to get back to Haiti "one more time."

Professor Hofman came to the chemistry department in 1950 as a graduate student and teaching assistant, earning his Master of Science degree in 1953 and his Ph.D. in 1963, and he never left. In 1989, he created the Science-Business major, a pioneering entrepreneurial initiative.

He received the Presidential Service Citation, the Shilts/Leonard Award for teaching in the College of Science, and the James Armstrong Award from the Alumni Association, among dozens of honors including scholarships, a graduate teaching award, and a lecture series named for him. When Notre Dame established a Wall of Honor in the Main Building in 1991, he was on the list of 20 first honorees with Father Sorin, Father Nieuwland, Father Hesburgh, and Knute Rockne.