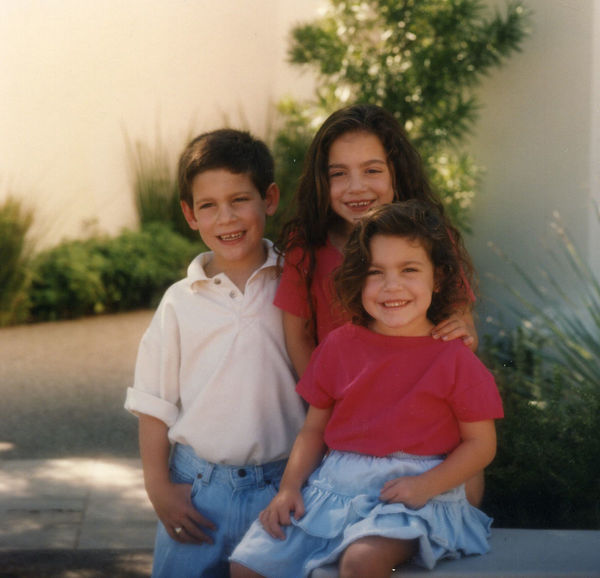 Michael, Marcia, and Christa Parseghian, three children of Cindy and Mike Parseghian who were diagnosed with NPC disease.

Niemann-Pick Type C (NPC) disease is a rare, genetic, cholesterol storage disorder that is always fatal, primarily striking children before or during adolescence, and it has a long history with the Notre Dame family. In 1994, Notre Dame alumni Cindy and Michael Parseghian founded the Ara Parseghian Medical Research Foundation after they learned that three of their four children were diagnosed with NPC disease. The foundation is named after Ara Parseghian, the legendary Notre Dame Football coach and the children’s grandfather.

When the foundation launched, there was limited knowledge of what caused NPC disease, no treatments, and the first NPC conference the foundation hosted had two researchers in attendance. Since then, they have raised in excess of $45 million, supported more than 75 scientific labs across the world, and the yearly conference hosts over 75 NPC disease researchers. Cindy Parseghain, Co-founder of the Ara Parseghian Medical Research Foundation and Notre Dame Trustee said, “Thanks to the generosity of thousands of donors, dedicated volunteers and devoted researchers, we have been able to make significant gains in understanding NPC disease and developing an effective treatment for the children who struggle with this tragic disease.”

In the late-2000s, the foundation supported many early-stage research programs to investigate therapeutics for NPC disease. One such class of compounds were called cyclodextrins, and they showed dramatic improvements in cell culture studies and animal models with the NPC mutation.

On March 15, 2017, Vtesse, Inc. (recently acquired by Sucampo Pharmaceuticals, Inc.) announced full enrollment in the Phase 2b/3 clinical trial of VTS-270, a well-characterized complex mixture of 2-hydroxypropyl-b-cyclodextrin (HPβCD) with a specific compositional fingerprint that distinguishes it from other HPβCD mixtures, in Niemann-Pick Type C1 (NPC) disease. The investigational drug candidate showed promise in pre-clinical and early clinical studies for NPC disease.

“Completing enrollment in the pivotal Phase 2b/3 clinical trial of VTS-270 is a significant milestone for the NPC community and Vtesse, and we are fortunate to have exceeded our enrollment goal of 51 participants. We are extremely grateful to the study participants and their families, as well as the clinical site investigators and staff, for their collective commitment and significant contributions to the development of a potential treatment for NPC. Without APMRF and many others, this would not have been possible,” said Ben Machielse, former Vtesse President and Chief Executive Officer. “We look forward to generating topline results from the study early next year.”

Twenty-three years after the launch of the foundation, the announcement that the VTS-270 clinical study has been fully enrolled with more than 51 NPC patients from around the globe is an exciting milestone. There is great enthusiasm from not only the Parseghian family, but for their many supporters, the families affected by NPC disease, researchers and clinicians that invested their time to find a cure, and the Notre Dame family.

Mary Galvin, William K. Warren Foundation Dean of the College of Science at Notre Dame said, “The College of Science shares excitement in this announcement as we have a number of faculty members and students performing NPC research. The college is committed to collaboration with the Parseghian family to help find a cure.”

The Ara Parseghian Medical Research Fund would like to acknowledge the great work of current and past members of the Parseghian Fund’s Scientific Advisory Board, all of the NPC researchers and clinicians, the National Institutes of Health, and the many other patient organizations and foundations that continually support NPC research. A special thank you to the members of the SOAR-NPC (Support of Accelerated Research for Niemann-Pick Type C) research collaboration who also raised funds to support hydroxypropyl-B-cyclodextrins research. 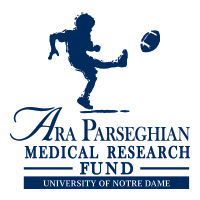 About the Ara Parseghian Medical Research Fund at Notre Dame

Join Cindy Parseghian to learn more about this exciting announcement, as she is interviewed by legendary football quarterback, Joe Theismann, on Sunday, April 23, 2017, during the 8:00 p.m. hour as part of the Notre Dame Day celebration. Learn more about Notre Dame Day at notredameday.nd.edu.