Nancy White of Mishawaka was 41 in 1996, living life to the fullest—winning dance contests and going on cruises and minding two middle-school children—when she was dealt a blow that altered the course of her life.

Her yearly pap smear results showed something shocking and highly unusual: ovarian cancer cells. White describes the discovery as “divine intervention, because that day a tumor must have burst, and the cancer cells must have gone into the fallopian tubes, and that’s how I got a diagnosis.” Because of this extremely rare form of detection (a pap smear is a screening test for cervical cancer…not for ovarian cancer), along with chemotherapy and surgery, White, unlike the majority of women diagnosed with the disease, is alive 21 years later.

September is National Ovarian Cancer Awareness Month. Ovarian cancer is among the most deadly of all cancers, though because of less awareness, most cities won’t be as blanketed in teal (ovarian cancer’s awareness color) as they are bathed in pink for October’s focus on breast cancer. But researchers at the Harper Cancer Research Institute, which is a collaboration between the University of Notre Dame and the Indiana University School of Medicine South Bend (IUSM-SB), are working with community partners to not only foster awareness of ovarian cancer, but to develop tests for early detection, create novel chemotherapies, and target the Holy Grail: A cure. 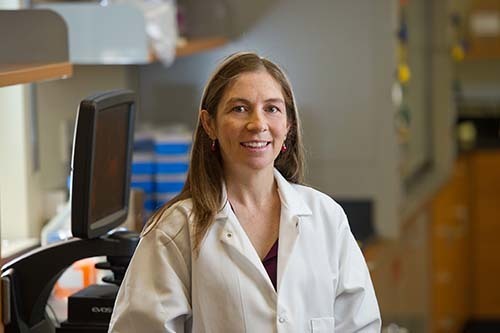 There is no singular “cure for cancer,” because there are many types of cancer cells. Even within specific cancers, like ovarian, there are different varieties, some of which succumb more easily to treatment. “The goal with chemotherapy, of course, is a cure,” says Karen Cowden Dahl, who studies the genetic components of ovarian cancer.  “But with ovarian cancer, the goal is more to extend life; very few people are cured,” she notes.

Ovarian cancer has a 46-percent, five-year survival rate, but that percentage includes patients with more rare and less aggressive forms of ovarian cancer. Most patients have late-stage, high-grade serous ovarian carcinoma (HGSC), and the five-year survival for these women is less than 30 percent, describes Cowden Dahl, who is adjunct associate professor of chemistry and biochemistry at Notre Dame and associate professor of biochemistry and molecular biology at  IUSM-SB. 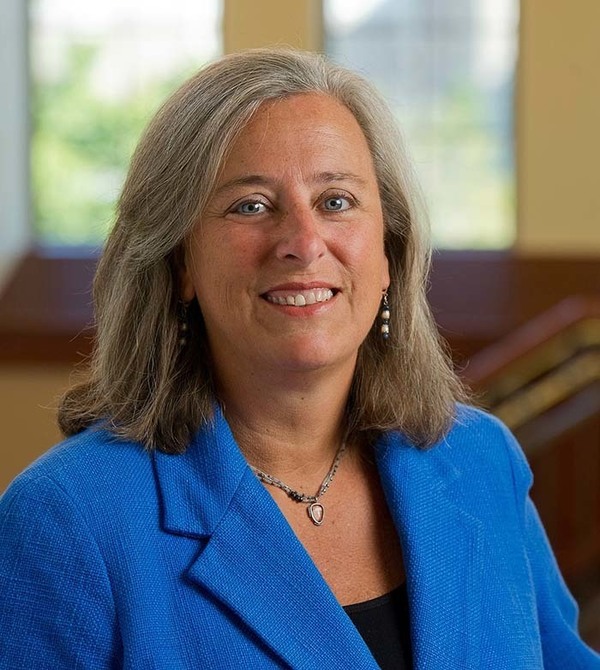 Ovarian cancer is deadly for many reasons, according to cancer researcher Sharon Stack. Stack, the Kleiderer-Pezold Professor of Biochemistry at Notre Dame and Ann F. Dunne and Elizabeth Riley Director, Harper Cancer Research Institute, says symptoms of ovarian cancer are very subtle – bloating, abdominal fullness, decreased hunger, and abdominal cramping. Even those won’t show up until the disease is in advanced stages. Also, ovarian cancer tends to respond to initial chemotherapies but is prone to return later, and is more lethal when it does.

Then there is the method by which ovarian cancer cells spread. They quickly invade and metastasize throughout the entire peritoneal cavity—the area within the abdominal wall— rather than leisurely traveling the blood stream and tackling bone and the brain like breast cancer does in its late stages. “The ovarian cancer cells stick to everything. They stick to the peritoneal cavity and the intestines and liver and most women actually die from starvation because their bowels become obstructed when the tumors press into their intestines. This is really severely unpleasant, to put it mildly,” Stack notes, pointing to an autopsy photo on her desk of a patient’s intestines pocked with an overwhelming number of white, cottage-cheesy structures.

Stack strives to discover why ovarian cancer cells are so adept at spreading, and published three articles plus a review article of her work this summer, two of which landed on journal covers. Two additional papers are nearing publication. “Something tells the cells to detach from the tumor and they float in the peritoneal cavity, and then there’s some signal, we don’t know what it is, that says, ‘stop floating and start sticking’ to things like the lining of the intestine. The cells stick, and they invade and start to divide like crazy.” Her studies have demonstrated that ovarian cancer in older mice, obese mice, and virgin mice is more likely to metastasize quickly, so those discoveries might hold some clues about how the disease progresses. “Now we have some mechanistic pathways to chase here,” she says. 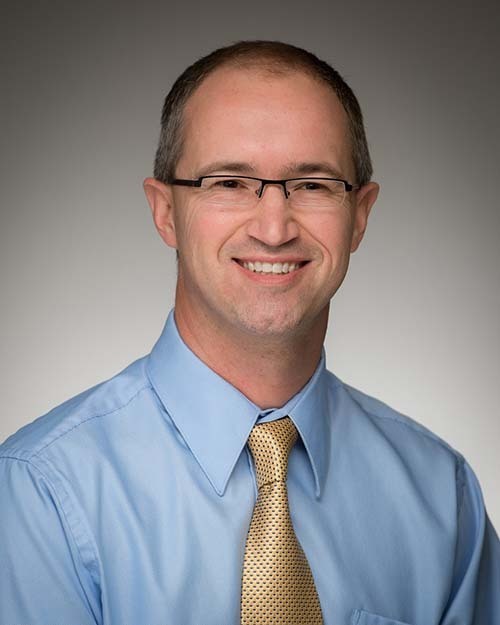 While Stack and Cowden Dahl focus on metastasis, Ryan K. Roeder, professor in the bioengineering graduate program and in the Department of Aerospace and Mechanical Engineering at Notre Dame, is investigating methods of early detection. “Breast cancer is treatable because of early detection by mammography. The problem with ovarian cancer is that we lack a means for early detection. If we can detect it early, then we can treat it more effectively,” he says.

Most cancer cells overexpress, or make too many copies, of certain proteins. It is possible to target cancer cells if an agent can detect the antigens that are carried on those proteins. Roeder’s lab creates gold nanoparticles that are “loaded” with an antibody that targets the antigen. Patients would be administered the nanoparticles through an IV, then undergo a Computed Tomography (CT) scan where radiologists could detect the location of the gold nanoparticles, and therefore the targeted ovarian cancer cells, possibly before large tumors form.

Though these researchers and others at the both universities are focused on various aspects of the disease, it’s imperative that women trust their instincts and notify their physicians if they feel there’s something wrong, says Nonyem Onujiogu, a South Bend gynecologic oncologist who works with Harper Cancer Research Institute’s Tissue Biorepository, sending samples to be banked after patients have consented. White, the cancer survivor from Mishawaka, was fortunate because her ovarian cancer was detected before she experienced outward physical symptoms. Unfortunately, many women might be hesitant to share the vague abdominal symptoms with their doctors, hoping their symptoms will resolve, Onujiogu says.

“You need to be persistent in reporting symptoms that do not resolve. It’s about trusting your gut. If you have a symptom for more than two weeks, and you’re very worried, communicate your symptoms and your concern to your doctor. It is okay to ask if there is any indication for further testing,” she stresses, adding, “I’m not just treating a disease…I’m treating a person.”

Roeder, who has been working in the field of biomedical research for 16 years, agrees. “Engineers…we make things, and make things better. The big challenges facing us in society – health care, cancer, energy – there’s no one academic discipline that holds the key. We need engineers. We need biologists. We need clinicians. I could go on and on.”

White, who co-founded a local support group called Gyna Girls to help women with gynecological cancers, keeps in touch with many of Notre Dame’s cancer researchers, and some have spoken at her meetings. For White, continuing to educate herself and others is key, and Notre Dame’s and Indiana University School of Medicine–South Bend’s commitment to ovarian cancer is essential. “I keep trying to help women live; you have to live and have hope that researchers will find a cure,” she says.

“We are excited about the advancements we’ve made so far through our research,” Stack says. “By working together, we will continue to identify pathways that will lead to better treatment outcomes in the future.”