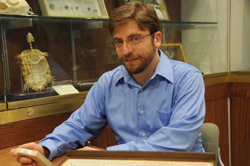 People are increasingly obtaining endangered or threatened plants, often illegally, and moving them outside their native range, according to an article published today in the journal Nature by Patrick Shirey and Gary Lamberti in the department of biological sciences at the University of Notre Dame.

According to their research last year, nearly 10 percent of the 753 plants listed as threatened and endangered under the US Endangered Species Act are being sold — or, at least, advertised — online. Many buyers are horticulturalists who want flowers for their gardens. But increasingly, anecdotal evidence suggests that online shoppers include individuals and citizen groups involved in ‘assisted colonization’ projects. Here, species or genetic subtypes at risk of extinction are moved to non-native environments in which they might thrive — in the face of climate change, for instance.

Some private groups who want to protect the plants, such as the Torreya Guardians, are legally planting seedlings of the Florida torreya outside its current range to aid species conservation. However, Shirey urges government agencies to take more of a leadership role to monitor translocations because of the risks associated with introducing new species. The widespread transfer of endangered or threatened plants poses both environmental and economic risks.

Shirey and Lamberti cite other studies reporting that damage from invasive plant species costs more than $30 billion in the United States by damaging crops, pastures and ecosystems. One example is the Australian paperbark tree which is a noxious weed in the United States that causes millions of dollars of damage, although its native habitats in Australia are considered threatened due to coastal development. The transfer of plants to new environments can also spread plant pathogens and pests.

Shirey and Lamberti warn of the dangers of unchecked species redistribution and urge the US Fish and Wildlife Service to better monitor the movement of plants around the world and enforce existing legislation. Shirey says, “Environmental agencies and governing bodies must better enforce existing species protection laws, and establish new legal frameworks to monitor and manage this rising tide of species redistribution.” 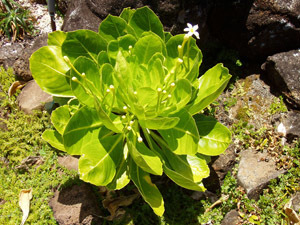 As a first step in enforcing existing legislation, Shirey says that the U.S. Fish and Wildlife Service should establish surveillance teams to monitor online transactions. Secondly, the agency should restrict consumer’s ability to purchase hybrids bred from endangered species which have serious implications—good and bad—for wild populations. On a worldwide scale, exporting and importing countries should ensure that domestic laws are enforced such as the Convention on International Trade in Endangered Species of Wild Fauna and Flora.
Further information is available on the laboratory’s Web site: http://www.nd.edu/~strmeco/