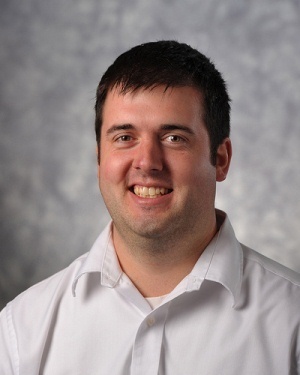 Stuart Jones, assistant professor in the Department of Biological Sciences, recently received an award for high-throughput DNA sequencing from the U.S. Department of Energy Joint Genome Institute.  Part of the DOE’s Community Sequencing Program, the award will aid Jones and his colleagues in their characterization of freshwater microbial communities in the Great Lakes.

As global demand increases, uncontaminated fresh water has become a limited resource, which could spell long-term trouble for humans and the environment.  Jones is interested in the microbes specific to freshwater ecosystems because of their ability to process carbon and greenhouse gases in the environment.

The Community Sequencing Project is an innovative program that encourages researchers like Jones to use resources that were originally assembled for the human genome project in a new way.  “Now we have the human genome, and that sequencing capacity can be used for other projects,” he says.

Jones says that the high-throughput sequencing techniques used in the project allow researchers to see genetic diversity that was virtually unknown just 20 or 30 years ago. “We would never be able to capture all of [the microorganisms] and grow them all in the lab to learn a lot about them, but by sequencing their DNA, we hope to learn a lot about them, rapidly,” he says.

After the sequencing is complete, Jones and his colleagues -- Maureen Coleman from the University of Chicago, Ryan Newton from the University of Wisconsin-Milwaukee, and Scott Emrich director of the Notre Dame Bioinformatics Laboratory -- will use computational tools to analyze their large amounts of data.  Their findings may ultimately influence how scientists detect pollution and contamination in the Great Lakes.

“[This genomic data] sets a sort of baseline that we can use for monitoring purposes…we have a baseline of what organisms are there and what they’re doing.  If we notice in some region of the lake a giant increase in some particular gene involved in pollutant degradation, we might say, ‘Oh there’s something going on here!’,” Jones says.