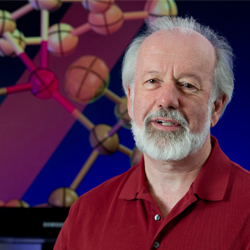 Researchers including Ian Carmichael, director of the Radiation Laboratory and professor of chemistry and biochemistry at Notre Dame, have devised a method for gauging radiation damage in macromolecules and have applied it to nucleoprotein complexes. Such damage, which occurs during X-ray crystallographic data collection, is a major hindrance to determining reliable macromolecular structures. A report on the discovery, “RNA protects a nucleoprotein complex against radiation damage”, was published in the International Union of Crystallography’s Acta Crystallographica Section D: Structural Biology. Other authors include Charles S. Bury, Markus Gerstel, and Elspeth F. Garman all from the University of Oxford, who engaged in data analysis and software development and John E. McGeehan from the University of Portsmouth, Alfred A. Antson from University of York, and Mikhail B. Shevtsov from Moscow Institute of Physics and Technology, who undertook crystal growth and data collection.

In a crystal which serendipitously contained two protein molecules, one with bound RNA and one without, in the same repeat unit, the group discovered that, over a large radiation dose range, the RNA was much less susceptible to radiation-induced chemical change than the protein. In addition, the protein in the RNA-bound subunit was less damaged than its unbound counterpart. The method also allows researchers to objectively determine the reduction in radiation-induced disordering in certain chemical species upon RNA binding, directly from changes in the electron density. A commentary in the same issue of the journal calls it “an ingenious method to systematically quantify the effect of increasing absorbed dose on individual atoms of the structure and then apply it to a crystal structure containing simultaneously an uncomplexed protein and its complex with nucleic acid.”