Tundra fires are important because they have the potential to switch regions from being climate-cooling – thanks to their reflective white surface – to climate-warming. With this in mind, Adrian Rocha assistant professor of biology at the University of Notre Dame, US, and colleagues have sought to estimate how the carbon footprint of Alaskan wildfires has changed over the past half-century. His research was published in Environmental Research Letters. 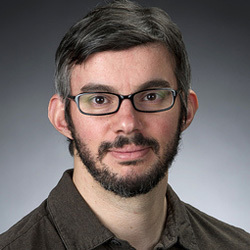 Wildfires in Alaska have become more widespread over the past 50 years, according to scientists in the US. The result suggests that Arctic wildfires will have an important effect on the climate in years to come – although whether it will be positive or negative, the researchers cannot say.

Fires are well known to impact the climate by releasing sequestered carbon into the atmosphere. As the climate warms, scientists expect the number of wildfires to grow – and, as a result, more carbon to be released.

Wildfires are normally associated with hot regions, such as southeast Asia or southern Africa, and occasionally with colder, forested regions. In recent years, however, the occurrence of wildfires in cold regions even without forest has changed scientists' outlooks. In 2007, for instance, a fire around the Anaktuvuk River on Alaska's North Slope burned 1,000 square kilometres of tundra. That doubled in one event the cumulative area burned in the region over the previous 50 years. And in 2010, the Noatak tundra region in northwest Alaska saw 37 fires and the burning of 440 square kilometres.

Tundra fires are important because they have the potential to switch regions from being climate-cooling – thanks to their reflective white surface – to climate-warming. With this in mind, Adrian Rocha at the University of Notre Dame, US, and colleagues have sought to estimate how the carbon footprint of Alaskan wildfires has changed over the past half-century.

Rocha's group was able to assess how the size of tundra fires has altered over time using data held at the US Bureau of Land Management. The researchers found that there has been a general increase in the area burnt by wildfires in the north of Alaska. Then, using additional satellite data, they tracked how these fires had affected the region's reflectivity and vegetation, or "greenness", over time. They discovered that wildfires scorched the ground initially, but over a decade or more led to more vegetation than there had been before. However, the researchers also found a long-term increase in the depth of soil that thawed every summer.

"Our results from this study have shown that plant productivity likely increases a decade after fire, as evidenced by the increase in surface greenness," said Rocha. "But this effect of increased productivity may be offset by the increase in thaw depth, which implies warmer soils and potentially higher rates of soil organic-carbon decomposition." Until further studies have been performed, explained Rocha, there is no way to know which way this balance will tip in the next century.

Rocha and colleagues now plan to study how the frequency and severity of tundra fires will change in the future, as well as to understand the long-term consequences. But Rocha believes the main message of their study on tundra wildfires is already clear. "We have to expect the unexpected in a world of anticipated global climate change," he said.

The research is published in Environmental Research Letters (ERL).

About the author: Jon Cartwright is a freelance journalist based in Bristol, UK.