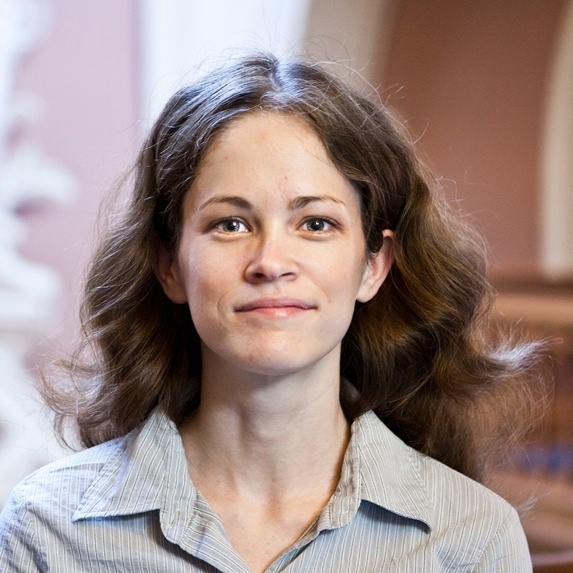 Anna Woodard, a third-year graduate student in the Department of Physics, has received a three-year Graduate Research Fellowship from the National Science Foundation. Woodard, who is doing research in high energy physics, collaborates with other Notre Dame students and faculty on the Compact Muon Spectrometer (CMS) team at CERN’s Large Hadron Collider, a particle accelerator in Switzerland.

Woodard works on the High Level Trigger, part of a system which uses a high-speed network of about 3,000 computers to select 300 to 400 of the most interesting collisions to study among the 16 million that occur each se

cond at the collider. She develops tools which monitor the program to insure that significant collisions are not overlooked.

Such work on the experiment is part of a collaboration of thousands of scientists from around the world.  For her dissertation, Woodard plans to study the mechanism by which a Higgs boson is produced in association with a pair of even heavier particles called top quarks. The award is $30,000 per year plus $12,000 per year to the University.