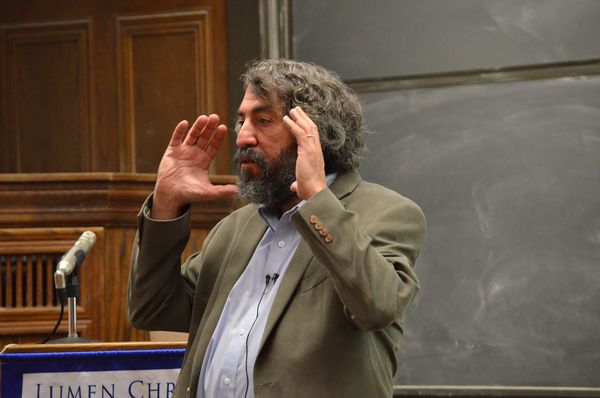 Disease and the Problem of Evil

Ivan Karamazov asked whether we can accept a world in which God allows children to suffer. His question is a powerful version of the ancient question: if God exists and is both perfectly and all powerful, whence comes evil? Sick children – and adults, for that matter – put this question into sharp focus, but also add another, seemingly paradoxical dimension to it. If we are made in the image of God, and if being fully human means to be true to our natures, then how can we account for the occurrence of deadly diseases and the suffering that results from them? In this talk, Dr. Meredith will turn to the philosophy of Thomas Aquinas to help address these questions.

Dr. Meredith's lecture follows the 5:15 p.m. Gold Mass for scientists and engineers celebrated at the Basilica of the Sacred Heart, and a reception in the Jordan Hall galleria at 6:15.

Named for color of the hoods worn by individuals graduating with a Ph.D. in science, gold is also the color of the patron saint of scientist St. Albert the Great. The oldest Mass for professions, the Red Mass for lawyers and lawmakers began in the 13th century. The first White Mass for health care professionals and Blue Mass for law enforcement were introduced in the 1930s.