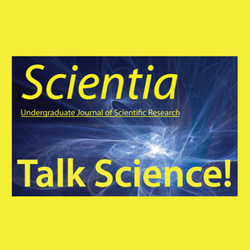 Talk Science is a monthly seminar series hosted by Scientia, the Undergraduate Journal of Scientific Research for the College of Science.  The seminars are held in Jordan Hall of Science and  provide an enriching, yet informal, setting for College of Science undergraduates and faculty to build camaraderie and to share the advances in different areas of science.  Junior applied and computational mathematics and statistics (ACMS) major Michael Vella and Rebecca Wingert, Elizabeth and Michael Gallagher Family Assistant Professor of Biological Sciences, both gave presentations on their research at the most recent Talk Science seminar on Thursday, April 18.

Vella is interested in the biological applications of mathematical models and is pursuing a concentration in biology within the ACMS major.  Last summer, he conducted research at the University of Minnesota modeling of neuronal networks of the brain. Neurons in the brain form complex networks that include inhibitory and excitatory nodes or neural cells, which are important to include in the modeling of brain networks. Vella’s research models 2,000 neurons at a time. The the eventual goal of this ‘connectome’ research is to completely map and determine the functionality of neuronal connections in the brain. Vella plans to pursue a graduate degree in mathematical biology after graduation from Notre Dame. 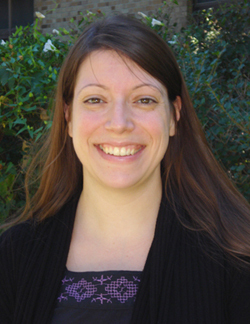 In addition to research talks over pizza, Talk Science serves as a forum for undergraduates to keep up with College of Science events.  All students are highly encouraged to attend the College of Science Joint Annual Meeting (COS-JAM) in the Jordan Hall of Science on Friday, May 3.  Copies of the 2013 edition of Scientia will be available at that time.

Please contact the editors, Rachel Cotton and Rebecca Marton, if you are interested in becoming involved in the journal next year.