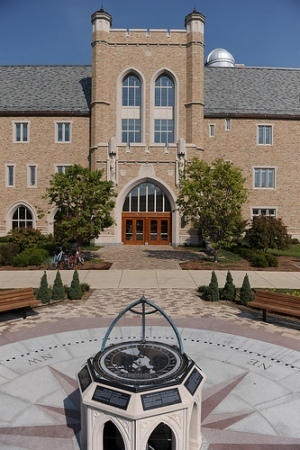 With the most advanced science instrumentation of any university in the nation, we define how young researchers will work in the 21st century.

How will students benefit?

From the atoms to the cosmos, students experience a world of science in the Jordan Hall of Science. Students will use the same kind of equipment and labs as they would in a research job. They will connect with and learn from Nobel Prize winners and world experts in their fields through special guest lecturers.

Astronomy and studying our origins

The Digital Visualization Theater offers opportunities to any discipline that might want to use it to illustrate anything from the inside of a cell to perhaps a city that exists only in the mind's eye of an instructor in the School of Architecture.