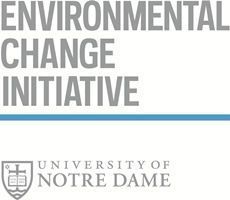 The Notre Dame Environmental Change Initiative and The Notre Dame School of Architecture are excited to present the following seminar:

Jeanne Gang, FAIA, is Founder and Principal of Studio Gang Architects, a Chicago-based collective of architects, designers, and thinkers whose projects confront pressing contemporary issues. Her projects include the 82-story Aqua Tower, the 2009 Emporis Skyscraper of the Year; the design of Northerly Island Park, a 91 acre former airfield on Chicago’s lakefront that is now under construction; and the Nature Boardwalk at Lincoln Park Zoo, an educational pavilion and landscape that also function as storm water infrastructure. Since founding Studio Gang in 1997, Jeanne has gone on to win numerous honors, among them a MacArthur Fellowship, an Academy Award in Architecture from the American Academy of Arts and Letters, and an Emerging Voices Award from the Architectural League of New York. In 2009 she was named a Fellow of the American Institute of Architects. Reveal, her first volume on Studio Gang’s work and working process, was released in 2011. Her firm’s first solo exhibition, Building: Inside Studio Gang Architects, set record attendance during its run at the Art Institute of Chicago from September 2012 through February 2013.